Suffocation from grain is the leading cause of grain bin deaths, but oxygen-deficient atmospheres are another serious danger.

Grain engulfment is the leading suffocation hazard, but suffocation or asphyxiation also occurs when workers are overcome by toxic gases caused by spoiled or deteriorating grain, machinery in use in or near grain bins or other problems. If the grain being held in storage is out-of-condition, the potential for carbon monoxide is high due to decomposition of the grain. If the grain has visible mold growth or there is a musty smell in the bin, one should not enter the bin.

In the absence of visible grain decay, hazardous carbon monoxide build-up is still possible when out-of-condition grain is hidden underneath good grain. That’s why it’s important not to rely on “warmer-than-expected temperatures” or “higher levels of moisture” as primary indicators. The best and recommended indicator of the atmospheric condition inside a grain bin is to utilize a personal oxygen monitor that accurately tests air quality and warns you of unsafe oxygen levels.

Highly toxic nitrogen dioxide is produced by the natural fermentation of chopped silage. In small amounts, the gas can cause severe irritation to the nose and throat and may lead to inflammation of the lungs. Very high concentrations will cause immediate distress resulting in a person collapsing and dying within minutes.

The decomposition of animal waste produces an oxygen-deficient, toxic and explosive environment. It’s not uncommon for manure pit incidents to result in multiple fatalities when family or co-workers enter the pit to perform a rescue — only to meet the same fate. Don’t run in to rescue. Plan ahead by developing an emergency action plan.

On July 25, 2015, an Iowa father and his son died from manure pit fumes. Early that same month, a Wisconsin father and son were killed in a manure pit while trying to retrieve a piece of equipment that had fallen into the pit.

The following table shows how oxygen levels effect us:

The best approach for preventing tragic accidents is simple: keep out of confined spaces, unless absolutely necessary. This means performing all work from outside of the confined space, whenever possible. It’s essential that the seriousness of these hazards are clearly communicated to all workers and family members. Always keep children out — children and grain handling don’t mix.

If grain bin entry is absolutely necessary, the entrant must test the air for the presence of combustible gases, vapors and toxic agents – before entry. If an insufficient oxygen level is identified, ventilation must be provided until the unsafe condition is eliminated; and it must be maintained if there’s a chance for the condition to redevelop while the worker is inside. No entry is permitted until a sufficient oxygen level has been reached.

Nothing that is dropped into any of these spaces is so important that you cannot take a few extra minutes to think about how to enter safely or just replace the item and not enter. If the reason for entry is to work on something located in the area, it’s very important to ensure proper ventilation is provided to the area. Also verify that the oxygen content is high enough that the person entering is safe. 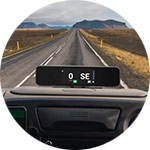 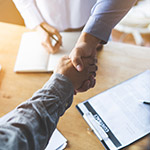 Friendship Keepers: Why are contracts important?